I will work hard for not only those that vote for me in the upcoming election but also every citizen of the state. We need to be one unified team to accomplish our state’s future goals that will benefit our state and its citizens. With our state’s hard working, resilient and resourceful citizens working together, we will strive to make our state one of the best in our great nation.

If you have any questions or concerns, I am open to discussing them with you directly. A phone call, an email, a direct message on social media will be answered. As my commitment to you as current citizens of our state, I will strive to address your concerns or questions about our state and its future as promptly as possible.

Donate To
Our Campaign: 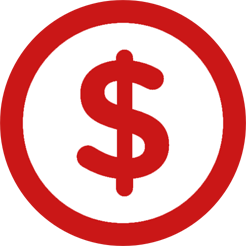 George Doug Six was born in Charleston, WV on November 23, 1958. From the age of six, he grew up on a farm in Wadestown, WV working on his family’s farm and in their timber business up until his graduation from Clay Battelle High School in 1976.

After acquiring a Bachelor of Science in Ag-Business Management from Penn State University, Six worked for finance companies, in the real estate business and in poultry facilities. Six went on to open his first real estate business in Petersburg, WV, Century 21 Cardinal Realty.

After operating his own business for several years, he sold the company to pursue a career in the Ag-Business Management realm which he did so by working for poultry plants where he worked his way up the ladder until becoming plant manager for 3 different poultry facilities located in Stanley, VA, Timberville, VA and Moorefield, WV.

It was in Stanley, VA where he met his wife, Wanda. Together they moved back to Wadestown, WV where he and his wife re-launched their realty company, Cardinal Realty. They also started a surveying/engineering firm, Blue Mountain Inc., which eventually added aerial mapping and many other services. BMI grew to have as many as 140 employees. After 28 years, BMI was sold to a competitor where Six continues to work and provides his services.

At the age of 61, Doug Six resides on his farm in Wadestown, WV with his wife, Wanda and their son, Adam. To this day, Doug and Adam raise beef cattle and chickens. His entire family still farms raising beef cattle, donkeys, sheep and rabbits. While being employed, he still works on his farm and assists his wife and son in three other business ventures! He loves the great outdoors and is an avid hunter and fisherman.

His beliefs come from being raised in a God-fearing family that believes in the American Dream of doing well for your family and helping your friends and neighbors when able. He believes that hard work and perseverance lead to success in life.